•        Character toys or puppets and photos of child/family member and you.

1. Establish the child recognises the difference between sentences using names as subjects and those that do not, e.g. “Jaden is running” vs. “the boy is running”. Ask child to listen to 10 sentences and drop token into one container for sentences with names / another for without names.

Select a name for a small toy figure or person in an image. Lay out a simple sentence pattern and use this name in the subject oval. Underline / write the name in red on the oval.  Allow child to act out the sentence. Repeat with 2 other names, highlighting the single red line for the name each time.

Then introduce another unfamiliar character and explain we don’t know their name. Show how we have to use 2 words (pink and red) to say who is doing what. Write these on the oval.  Repeat twice more.

3. Ask questions about who was doing which action, e.g. “Who was sleeping? Who was clapping?” Encourage the child to think about whether they can use a name / red word on its own OR need a pink and red word together. Work through all 6 who’s. It doesn’t matter if the child can’t recall who did what – they just need to use the pink word with the noun for the unnamed characters or photos.

4. Practise by hiding the 6 figures / photos above around the room. Let the child hunt them down. Using an oval-diamond-semi-circle pattern, practise saying who is where.

First, focus on the child using the determiner in the oval and if secure, introduce it in the rectangle too.  Repeat step 2, alternating between names inside the rectangle, e.g. “The cat is under Mum“ vs. unnamed objects e.g. “Spongebob is behind the computer.“

5. Monitoring/error detection: If the child omits the pink word, e.g. “Girl is under chair”, ask the child if girl/chair is its name. Say: “We don’t know her name” or “The chair hasn’t got a name so we need a pink word here”. Point to the pink line on the relevant shape.

If the child overgeneralises and adds a determiner to a proper noun, e.g. “The Peter is hitting the Paul”, say that we know these people’s names, so only need a red word. Support them to repeat the sentence accurately.

If the child puts something  in the wrong place, say: “I heard: ‘Peter kicked ball the’”  and show it with lines/shapes. Say: “You have all the right shapes/words but we need to change the order”, pointing to the correct sequence. Help child reorder the words and reformulate using the correct form.

6. Reducing shape support: Repeat with multiple examples using fewer and fewer shapes/lines, but then bring back to check responses.

7. Monitoring: SLT starts to make “errors”, get student to spot and correct them:

8. Consolidation: At the end of each session, review previous sessions and start to mix up a range of subjects and objects in different sentence types.

9. Generalisation: Set up activities where the child has to give a running commentary on a video or while you act out a scene. Name a few of the characters/objects used but not all.

10. Extend  as appropriate, repeat with other articles, e.g. some, a, these, those, an. Teach specific rules for when to use each one:

The vs. a/an (definite vs. indefinite article): Use the for specific single or plural count nouns when the noun is one of a kind or known to both people, e.g. The Taj Mahal, or as in: “Where are the remote controls?”.

Use a/an for first time the noun is mentioned or any unspecified noun, e.g. “A lady fell over. I want a drink.”

A vs. an: use a for single count nouns starting with a consonant, e.g. a dog, a cat. Use an for those that start with vowels, e.g. an orange, an egg.

A/an vs. some (single / plural non-specific / non-count nouns): Use a/an for single count nouns, e.g. “I want an apple.”

Use some for plural non-specific count and non-count nouns, e.g. “I want some apples. I want some sugar.”

Article vs. no article for all things / things in general: Do not use an article with plural count nouns or any non-count nouns used to mean ‘all’ or ‘in general’, e.g. “Trees are beautiful in the Summer.  He was asking for advice. I do not like coffee.” 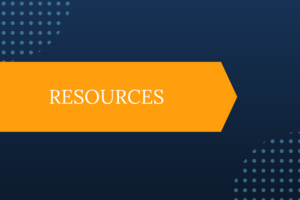